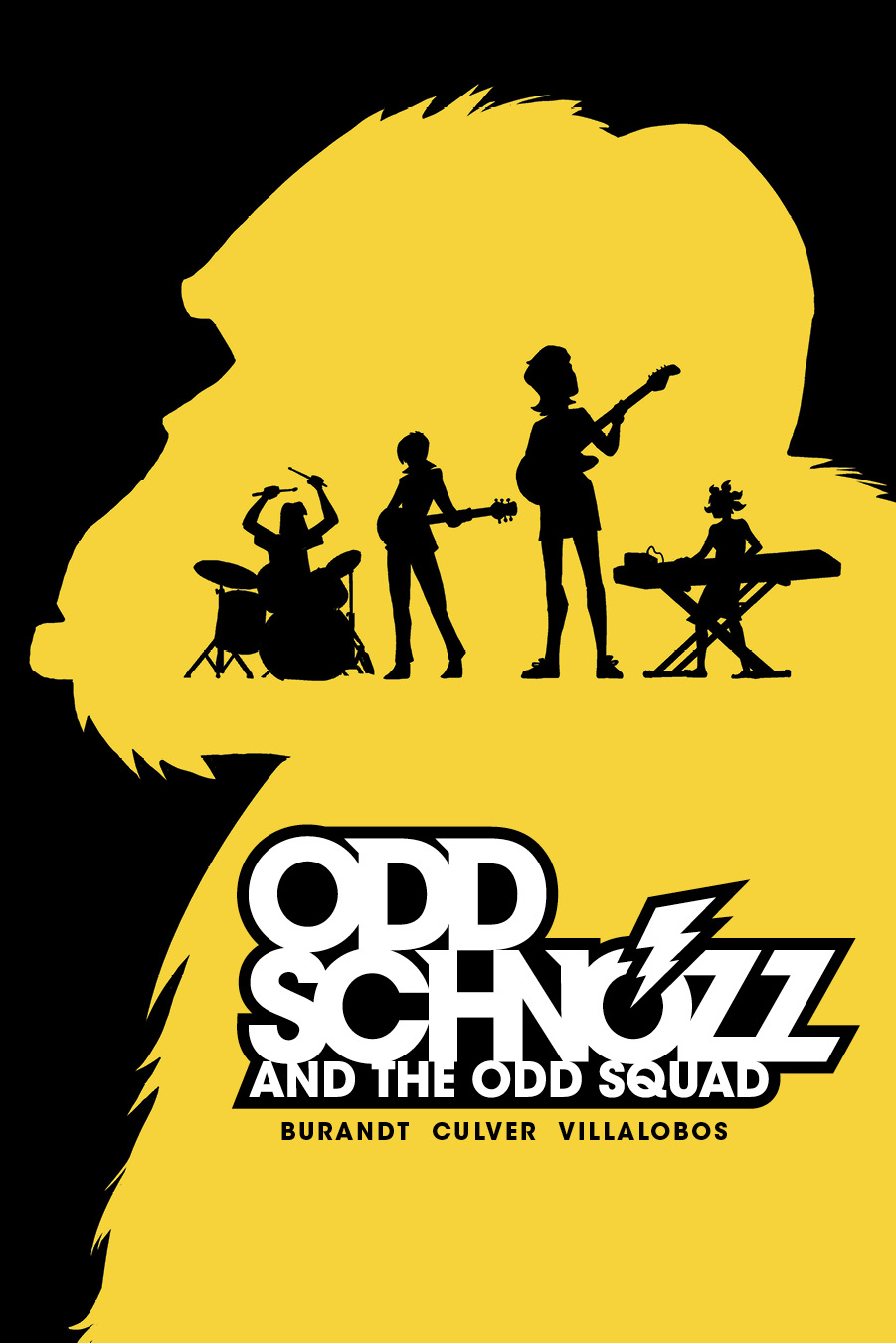 “Mix King of the Hill with Daria and blast it with gamma radiation, and you’ll have a good sense of the wild world that newcomer Burandt and Culver (Edison Rex) have created.”

“[I]ntense action filled panels, eye-popping color and all from a female fronted (squeak!) punk rock brood… get your hands on this piece of punk perfection…”

“The story is crazy, the art colorfully off the wall, and the soundtrack is fun to hum along. Odd Schnozz and the Odd Squad is a total entertainment package.”

” [R]eally well paced […] Jeffrey Burandt, the writer, does a good job of setting the stage while drawing from all of these different touchstones without getting hacky or trying too hard. Dennis Culver’s art is classic, clean, and easy to follow.”

“Robo-animals, hard rocking teens, and secret spy guys, oh my! […] [W]riter Jeffrey Burandt succeeds in keeping the levity and humor that have become the signature tone of Odd Schnozz and The Odd Squad. […] Culver’s clean lines heighten the action by ensuring each panel flows seamlessly from one to the next; never blurring the exposition making each twist and turn vibrantly clear.

“[A] fun and crazy adventure awaits you. Check it out!”

“Odd Schnozz and the Odd Squad should be your squad goals. Right down to the garage band you wish you had in high school to the scooters that you and your crew can be cruising […]”

“One of the most pleasant surprises all year was this digital first story about a high school punk band in Plano, Texas, that finds talking cyborg animals and a government conspiracy right before a big battle of the bands starts. […] Good for transitioning a music geek into a comics nerd.”

“[A] fun book [that] read very well. Hip but still fun [….] It felt like something I could watch my kids get into. Really really cool [….] I’ll be placing an order for it.

–Black, White & Read All Over

“Fun characters and a good premise. I want to read more of this.
Rating: BUY IT”

“Best Comics Of the Week“

“It’s Rockers, Mad Science and a Soundtrack For Odd Schnozz and the Odd Squad – Talking With Jeffrey Burandt“

“Jeffrey Burandt On Music In Comics With Oni Press“

Hurry Up And Wait!